Wisteria is a beautiful and sweet-smelling plant that everyone would want to have around.

However, once the danger of the presence of wisteria is known, the fastest way to get rid of it would be sought after.

The wisteria plant isn’t so easy to eliminate, hence, most people search for various ways to get rid of this plant.

Wisteria is difficult to get rid of and after you did, it could grow out again if the process wasn’t vigorous and effective. How do you kill a wisteria plant?

How to kill wisteria with salt?

If you will be using unrefined salt to kill your wisteria, you do not need salt in large quantities. A medium-sized cup of unrefined salt mixed with about two or three cups of water will kill wisteria effectively. Pour your mixed salt and water into a bottle then spray the mixture on the wisteria. However, you may choose to use hot water because it kills the wisteria faster.

How to kill wisteria naturally

Some of the wisteria species can be used for ornaments, nonetheless, it can take a lot of space for its growth due to its strong root and the large growing space.

Oftentimes, it destroys the foundations of buildings and even walkways.

However, you can control the growth of wisteria. If there is enough growing space, plant the wisteria some feet away from structures.

If there is limited growing space, you can use a long wide panel beside the wisteria. Although wisteria is strong, some natural remedies can get rid of wisteria. 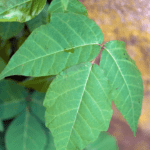 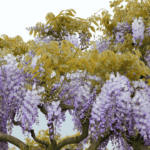 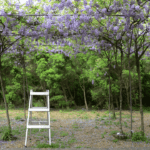 Ensure you cut it to the barest minimum.

To prevent it from growing, pack the wisteria, and dispose of it properly.

After cutting the wisteria to its minimum, you need to remove the root to prevent the root from growing again.

Dig holes around the wisteria’s roots, pack the soil to access the root then remove the root. However, it is important to study suitable weather for pruning wisteria.

How to get rid of unwanted wisteria

Wisteria is known for its beauty and its large flowers.

However, when wisteria begins to grow where it is not wanted, it may not serve its ornamental purpose anymore which affects structures.

However, you can put herbicide on its root to prevent it from growing again. If you do not want to use herbicide, you should monitor and cut when you notice any new growth of the wisteria.

How to transplant wisteria

Wisteria is a strong plant, It takes time to die, however, it reacts to movement from one place to the other badly.

One needs to be careful to transplant successfully. For the successful movement of wisteria, there is the need to get to the root.

Take the large root ball with its soil, put the wisteria ball on a surface, ensure the soil is in good condition, and place it in the new location.

Also, ensure the wisteria is exposed to the sun in its new location.

Wisteria can be transplanted due to various reasons. You may want to relocate with your wisteria and it might be affecting the foundation of your structure.

Whatever the reason for the transplanting of your wisteria, ensure you follow the necessary procedures, and if the wisteria receives less than an inch of water, wet moderately.

How to prune wisteria

Wisteria blooms on wood. The secret to good flowering is pruning the wisteria. When you remove the previous growth from wisteria, it gives room for new growth. However, grown wisteria does not need constant pruning.

During late winter, you should remove the previous growth of wisteria. Ensure you remove more than half and remain few buds with their stem.

Also, you can prune your wisteria during summer too and for excess bloom on your wisteria, cut the excess shoot fortnightly.

How to kill wisteria stumps

Almost everyone admires wisteria for its beauty especially when its flowers bloom and beautify the walls.

Having wisterias that are out of control is not what anyone will admire. Hence, the need to kill the wisteria stumps before it affects buildings.

Some herbicides can be used to kill the wisteria stumps.

You can read the details and how to apply on your purchased herbicide.

Frequently Asked Questions About How to Kill Wisteria With Salt

Vinegar can kill wisteria, depending on the size of the wisteria. If it’s in a tree form, just spraying the vinegar on leaves would kill it, but you should watch out for the next 5years. Applying vinegar on the vine might be impossible to get rid of a wisteria plant.