Squirrels are common in both rural and urban areas on every continent, but where do they go to sleep at night?

If you’re confused, you’re not alone. Squirrels are secretive about their nests, so you’re unlikely to notice them out in the wild.

Where do they go at night, and do they always come back to the same place?

In this article, we’ll look at where squirrels nest, and how far they travel.

Do Squirrels Come Back to the Same Nest?

Squirrels do not always come back to the same nest. Squirrels return daily to their nests, called dreys, which are made of small twigs and bark lined with moss. They typically sleep in groups of 2 to 9 to keep each other warm during cold nights, and during the winter months. However, squirrels can have multiple dreys and alternate between them, so it is not true that they always return to the same nest.

Flying squirrels and tree squirrels construct their dreys in the hollow knots of trees, in high places, and abandoned attics.

An example is the northern flying squirrel which is native to an area between Alaska and Tennessee according to the University of Michigan.

Ground squirrels are experts at burrowing into the ground, and they construct their dreys as burrows. 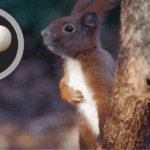 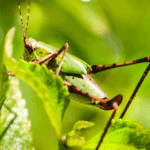 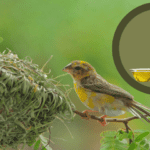 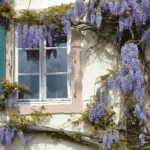 Most squirrels of all 3 varieties are crepuscular, being most active in the twilight hours of dusk and dawn.

They sleep for several hours during the day and take naps during the night. This helps them remain vigilant against predators.

During the middle of the day and throughout the night, squirrels will return to their dreys to rest and sleep in shared warmth.

Since squirrels can potentially have several dreys at a time in different locations, there is no guarantee that they are always returning to the same nest,

but you can be sure that during the middle of the day or during the night they are returning to one of several nests that they keep.

Squirrels and Their Nests

Although sometimes squirrels will travel across distances for their safety, they prefer to stay close to home and spend most of their time within 100 yards of their nest.

Squirrels are territorial animals even though it isn’t always clear to humans. Squirrel territories overlap significantly but can be as large as 10 hectares.

Squirrels urinate, use tail movements, and even bark at each other and humans to assert their territorial claims.

Although squirrels may have several dreys, they do not typically travel or emigrate to new locations.

Moving locations can be very dangerous for squirrels, who depend on storing nuts and knowing the area.

A squirrel will continually return to the same nests because they have limited space.

Do Squirrels Sleep in the Same Spot Every Night?

Not always. Some squirrels return to the same dreys, but it is also common for squirrels to have several and alternate between them.

They can return to any of their nests when they want to rest, and they could vary where they spend their time throughout the day.

Do Squirrels Stay in the Same Area?

As territorial animals, squirrels don’t like to move around much and they face real danger when they emigrate from the area in which they were born. Squirrels try to remain in the same area.

When they do move, it is usually because of catastrophic problems like flooding, fires, overpopulation, and famine.

Squirrels move to locations only when it’s necessary for survival, and studies show that they take a significant risk when they do so.

A 2004 study of gray squirrels showed that 97% of the squirrels who were live-trapped and released in a different area either died or went missing from the area in which they were released.

Squirrels are very fixed to the area they live in, and most squirrels don’t move significantly during their entire lives, occupying a similar territory.

During that time, they may create and abandon different nests, all within the comfort of their limited space.

Conclusion On Do Squirrels Come Back to the Same Nest

If you find a squirrel drey, you might wonder whether its owner will eventually return to its home.

If the nest is untouched, there is a high chance that you could see the squirrel returning, even if you have to wait a couple of days. Some squirrels only keep one drey at a time.

If you disturbed the nest by cutting down the tree or remodeling your attic, the squirrel probably won’t feel comfortable returning and will abandon the drey.

However, there are anecdotal cases of squirrels returning to nests as far as 15 miles away.

If there are baby squirrels in a drey there is a good chance the mother will return.

Mother squirrels often have a second location planned in case the drey is disturbed, and will return to transport the babies to safety.

If you find baby squirrels in a nest, don’t touch them because the mother will probably return soon.

Do Squirrels Come Back to the Same Nest?

Squirrels are territorial creatures of habit, and they don’t stray very far from their nests most of the time.

However, many squirrels keep more than one nest in active rotation, so it’s not true that squirrels always return to the same nest.

It would be more accurate to say that squirrels rely on the same several nests, within a very small geographic area.

Squirrels are very smart creatures with a good sense of geography and they can return to their nests from far away if they want to,

but they’re cautious and will usually abandon any drey that no longer seems safe unless it still contains baby squirrels.

Squirrels continually return to their nests, but not always when or where you might expect them to. They’re unpredictable that way.