Spider mites aren’t technically spiders, but they are plant-eating arachnids that can cause a lot of damage in your garden.

They live in colonies and spread quickly from plant to plant.

Do they also spread to humans? Can spider mites live on human bodies?

In this article, we’ll look at how spider mites live and spread, and what you can do about them.

Can Spider Mites Live on Humans?

Spider mites cannot live on humans. They evolved to feed on sap rather than blood, so unlike some other mites, they can’t survive on human or animal hosts. Instead, they need to find a plant to use as a host.

Spider mites thrive by feeding on plants, and without a plant, they will eventually die.

That doesn’t mean they won’t potentially hitch a ride on a human to get from one plant to another.

Spider mites can’t survive on people for very long, but they evolved to spread from plant to plant by attaching themselves to humans and animals.

If you discover spider mites on your body, you don’t need to worry that you are infected. 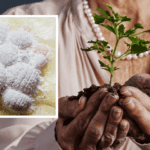 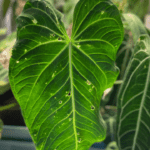 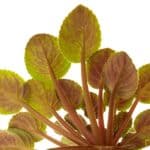 They were just passengers, looking for another plant. They didn’t set up a home on your body.

Yes, but not to feed.

Mosquitoes and some other mites will bite humans to drink blood.

They have evolved to use humans as a food source and to help their reproductive cycle.

Spider mites evolved to feed on plants, and even their mouths are designed for cutting into plants.

However, that doesn’t mean they won’t use their plant-chomping mouths to defend themselves when they are scared or to test and see whether or not you are a tasty leaf.

Bites from spider mites are usually not noticeable at the time, but they present later on as small reddened dots of irritation.

Those who have allergies or sensitivities to spider bites can sometimes see increased swelling,

but spider mite bites are not usually not serious and don’t require any kind of medical intervention.

How to Manage a Spider Mite Infestation

If spider mites are infesting your garden, you’ll need to quarantine the infected plants right away to isolate them.

Spider mites can easily travel from one plant to the next, and can even be carried by the wind, so make sure there is at least a door between the infected and uninfected plants.

You can remove a spider mite infestation by washing an entire plant’s leaves, especially the undersides, with an insecticidal soap solution.

To discourage spider mite infestations from recurring, you can add diatomaceous earth around the base of the plant,

introduce a predatory insect like a praying mantis or lady beetle, and mist the plant regularly to keep it moist. Spider mites prefer dry heat.

Frequently Asked Questions About Can Spider Mites Live on Humans

Can Spider Mites Live in a Carpet?

Spider mites cannot live in a carpet for very long. Spider mites can live long enough to crawl through the carpet, but they can’t set up a home there. Unlike some other spiders and mites, the spider mite doesn’t attach its web or its eggs to a strand-like hair, or the fiber of a carpet. Instead, it lays its eggs on the undersides of leaves. Spider mites don’t want to live in carpets, which don’t have the environment that they crave for their reproductive cycle or any ready food source. They are looking for plants that they can eat.

Can Spider Mites Live In Your Hair?

Spider mites cannot live in your hair as they are not designed to cling to strands of hair to lay their eggs. Hair is not very appealing to them. Spider mites are looking for plants where they can live, and they aren’t interested in living in human or animal hair.

How Long Can Spider Mites Live on Clothes?

Spider mites will sometimes travel on clothes from one plant to another. However, if they don’t find another plant where they can feed, eventually they will die.

How Long Do Spider Mites Live?

Spider mites only live for several weeks. They complete their lifecycle quickly and die in a few weeks. Even if spider mites don’t die of starvation before that, you can be guaranteed that as long as there is no plant where they can migrate, they will die in less than a month.

How to get rid of Spider Mites on your Clothes?

Conclusion on Do Spider Mites Live on Humans

Spider mites are not capable of living on humans for any length of time, because they can’t feed on human bodies or lay their eggs on humans.

They feed on plants and are always on the lookout for a new plant host.

Spider mites will attach temporarily to humans or animals to get to the new plants. They will even bite you sometimes,

causing irritating red dots, even though they don’t drink your blood like a mosquito or a tick does.

The real danger is to your houseplants. Spider mites are efficient pests that can cause a lot of damage if they are left unchecked.

Spider mites can be difficult to get rid of because they can climb onto your body and then reinfect a plant you just wiped down a few hours ago.

However, you can eliminate the infestation by washing down the infected and uninfected plants alike with an insecticidal soap solution,

and then cleaning everything in the area and throwing your clothes into the drier on the hottest setting to kill any spider mites that are coming along for the ride.